There's a joke about a Dutch speaker with improbably poor English, asked what he does for a living. He replies, 'I fuck horses,' fokken being the verb for 'to breed'. The anglophone, understandably surprised, asks, 'Pardon?' 'Yes, paarden.' ('Horses' in Dutch.)
A

I do remember this little wordplay or rather interpunction play anecdote of Sergio Vaggio
printscreen from source material ( Dirk Delabastita, Wordplay and Translation: Special Issue of 'The Translator' 2/2 1996, p. 181)

*araña is 3rd pers. sing. indicative of verb "arañar (to scratch); but it's also a noun - araña (a spider)

I still don't understand anything beyond the literal meaning, and haven't got a Spanish-speaker to hand.
A

or even Capitalisation
Es ist viel besser gut zu vögeln sein als gut zu Vögeln sein.
It is much better to be good in bed than to be nice to birds.

Hopefully some other forum members might know other wordplay or interlingual examples and anecdotes ...

I remember that one.

There are many different ways of forming the plural in German that one has to learn: you might add -e, or -[e]n, or -er, or -s, or change a vowel, or mix it all up a bit. You may even do nothing at all. The one thing you never do is add -[e]n and change the vowel. So of all the words to make this mistake with, I did it with Vogel.

(And if you're wondering why the word has the letter in Adrian's example, it's in the dative, so doesn't count.)
E

A letter to the Times (23 January). I didn't see the previous letter it refers to, but you get an idea of what it must have said.

Sir, Your Latin teacher (letter, Jan 22) did not explain all the principal parts of her new verb brego, bregere. After the past tense brexit (he or she left the European Union) there inevitably follows the supine brectum (we’re all buggered).

Yes, I know it's not the supine. People have probably already written in to point that out. But still.

The word order would have to be "... dass die Polizeibeamten alle Demonstranten festnehmen werden."

To be honest, the possible ambiguity has never occured to me. It's not like there is anything wrong with the sentence's choice of words from a formal point of view (I'm talking about the semantics, not the word order ) but I think in sexual contexts, it would seem more idiomatic to use the word hart rather than fest

or even Capitalisation
Es ist viel besser gut zu vögeln sein als gut zu Vögeln sein.
It is much better to be good in bed than to be nice to birds.
Click to expand...

That reminds me of a horrible joke German comedians seem to have discovered some 10 years ago (at least that's when I noticed it) ... somebody would something to the extent of "die armen Vögel im Wald" and some other guy would reply "und die Reichen im Hotel!"

So the punchline was supposed to be "the poor birds in the woods" vs. "the poor f*ck in the woods" (die Armen vögeln...) and the other guy says "and the rich (do it) in hotels"

I remember it because it is amongst the worst jokes I've ever heard ... it doesn't even make sense as the -n is missing in the first sentence, so there is no grammatical ambiguity ... and they had to try really hard to mess up the pronunciation to even make it remotely funny. What shocked me about it was that I heard it multiple times ... oh well

Hopefully some other forum members might know other wordplay or interlingual examples and anecdotes ...
Click to expand...


I think you've named the most obvious ones ... there are other examples, but there's nothing funny about them.
A

Bitmap question to you - the pun here referes more to capitalisation itself or some sort of "homosexual innuendo " i.e. Jesus and male disciples. (noun Freund/ Freundin used also to denote "Boyfriend" "Girlfriend") 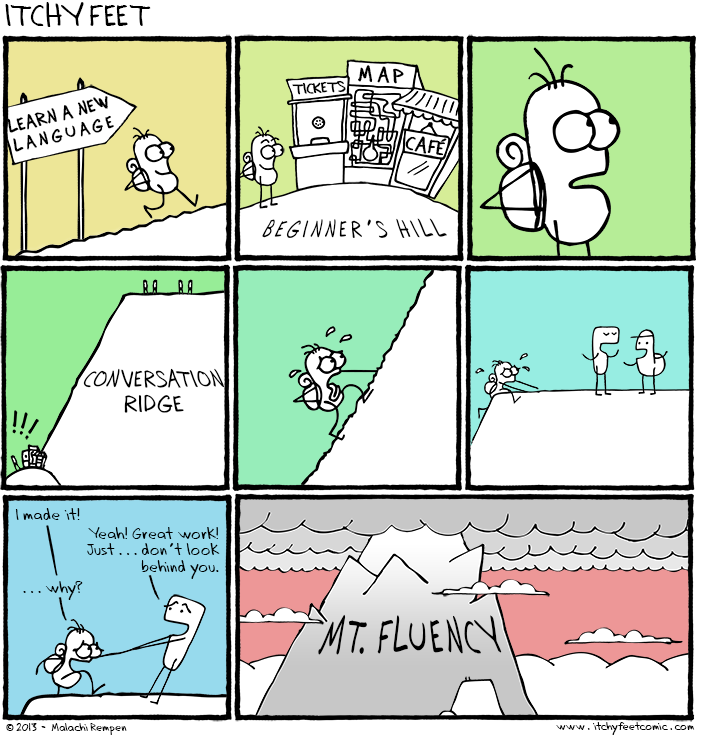 
Yes, the joke is simply about capitalisation ... there's no sexual connotation to the word Jünger, it simply means disciple.

I found these two sort-of-puns regarding capitalisation in German:

After WWII in Berlin people talked about all the Warenhäuser there were, denn sie waren Häuser.


Warehouses/'were [in the sense of 'are no longer'] houses, homonyms in German.
B

In German, the expression "Oh Je!" means something along the lines of "Jesus!" or "Oh my god!"
It prompted a former professor of mine to come up with the following teacher-student-joke:

tbh I laughed my arse off when I first heard it ... I may have been slightly inebriated, but that doesn't count
A

in dutch, there are some interesting idiomatic expressions like :

Bitmap dixit:
the spelling reform of 1996-2004 (or whenever it actually ended)
Click to expand...

Do you mean it was abandoned? So is it daß or dass now?
B

Quasus dixit:
Do you mean it was abandoned? So is it daß or dass now?
Click to expand...


No, it wasn't abandoned, but it permanently underwent changes. The proposals from 1996 were changed over and over again. I've just looked it up: The last changes they made were in 2011.

The new regulation for ss/ß remained untouched, though, so it has always been dass since 1996.